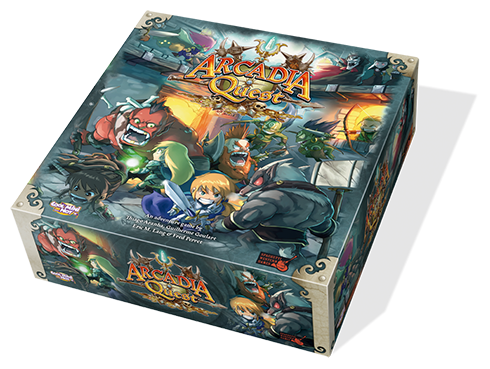 In Arcadia Quest, players lead guilds of intrepid heroes on an epic campaign to dethrone the vampire lord and reclaim the mighty Arcadia for their own. But only one guild may lead in the end, so players must battle against each other as well as against the monstrous occupying forces. Through the branching scenarios of the campaign, the heroes gain awesome new weapons and abilities, and the game remembers the heroic deeds of players from one session to the next, unlocking exciting new possibilities in future scenarios!

It is a campaign-based game for 2 to 4 players, where each player controls a guild of three unique heroes, facing off against the other players and the various monsters controlled by the game. Players need to accomplish a series of quests in order to win each scenario and choose where to go next in the campaign. 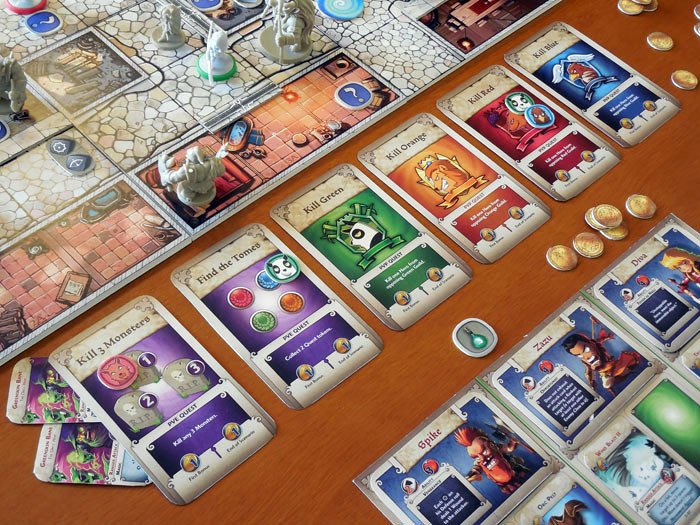 Players are able to choose the path their campaign takes, navigating through six out of eleven available scenarios, so each time the campaign is played it can have a different configuration of scenarios. As the campaign progresses, the heroes are able to acquire new weapons, equipment and abilities that give them powerful options to tackle the obstacles ahead. Furthermore, by fulfilling specific quests in a scenario, players unlock exclusive features in subsequent scenarios. 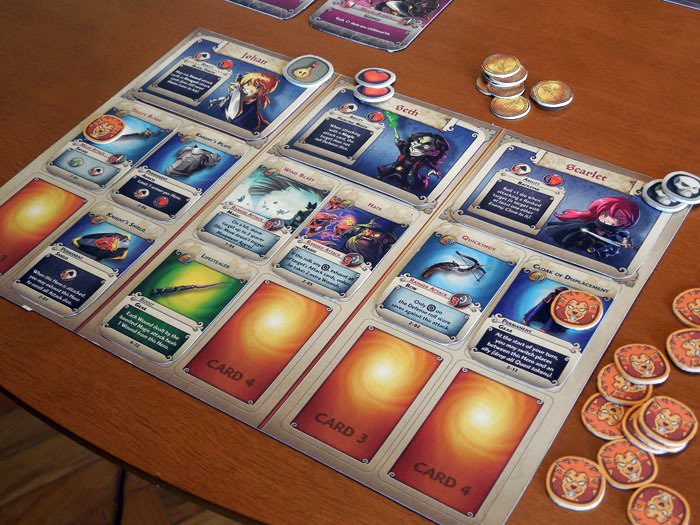 A Guild of Heroes

The rules in Arcadia Quest are fast and furious, and every player can focus on using their heroes’ abilities and equipment to achieve their goals, without the need for anybody to get stuck with the role of solely controlling the monsters. 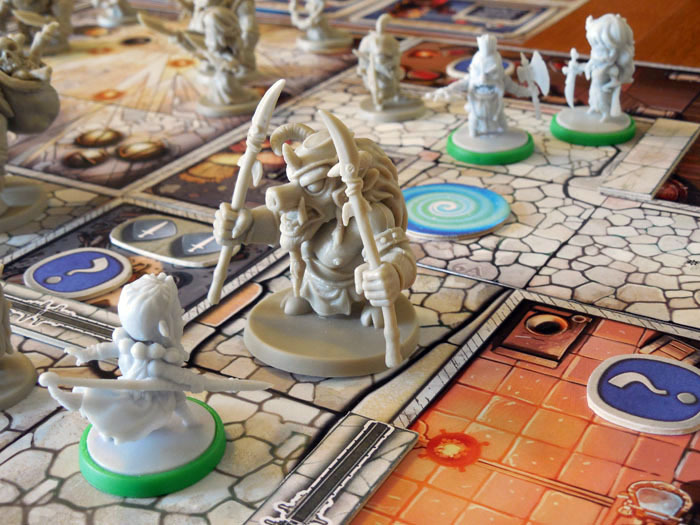 Monsters are "aggroed" when Heroes attack them or come too close to the areas they are guarding. Once activated, monsters then follow simple rules and are controlled by the player on the right. This gives the perfect balance between an automated environment with a little intelligence, without bogging down the rules with complicated "if-then" game logic, or requiring a Game Master. 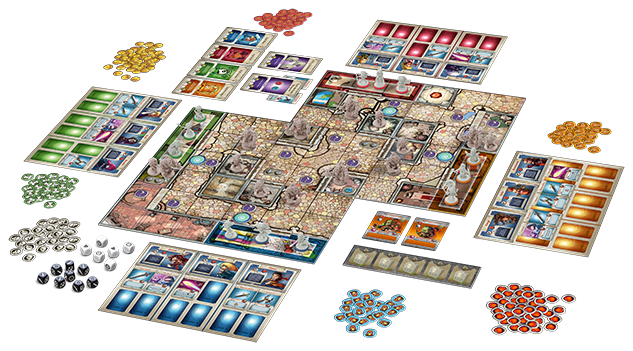 How to Play Arcadia Quest, by Watch it Played