“Two spears are better than one. Obviously. Because it’s two, not one. Duh.”

Spear beastmen are those who prefer marauding to construction work, though they’re something of a dissident faction within orcish society. They prefer marauding outside the city as opposed to marauding each other. They argue that Maraud & Barter will lead to a stagnant economy without fresh infusions of marauding capital from foreign markets. Which is, frankly, baffling to the orcs. What do they know anyway? They fight with paired spears, and they don’t have four hands! Silly spear beastmen. 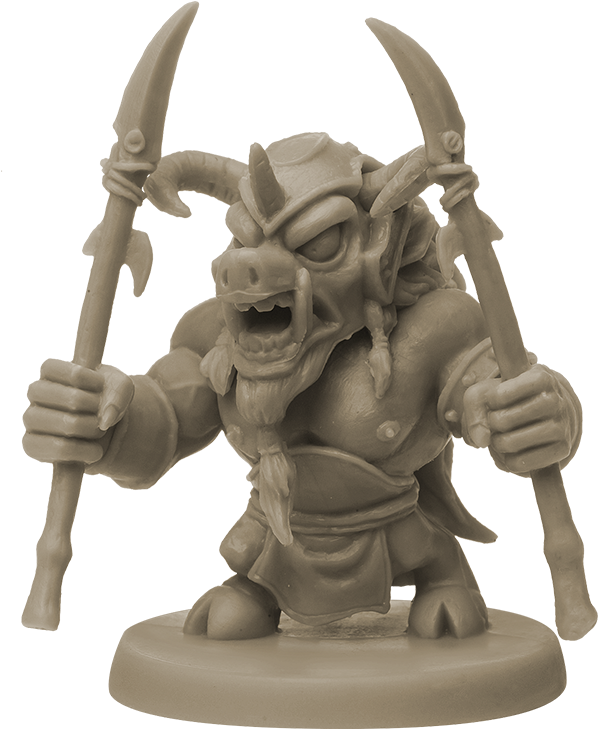