“I steal from the rich and give to the poor. Then steal it all over again. Because why make things easy?”

How exactly Scarlet manages to maintain several Guild memberships, a ten-thousand gold bounty, AND never get caught is a complete mystery. Yet, manage it she does, and is in fine standing with even the Sunguard. They’d lock her up on-sight, if she wasn’t so damned sneaky. She even considered turning herself in once, just to collect the bounty. But she never could figure how she’d steal it from herself, which is really the only hitch in the plan. A master of deception, the blade, and stealth, Scarlet is a valuable addition to any quest… so long as no one was expecting any loot. It’s always inexplicably missing by the time her companions arrive. 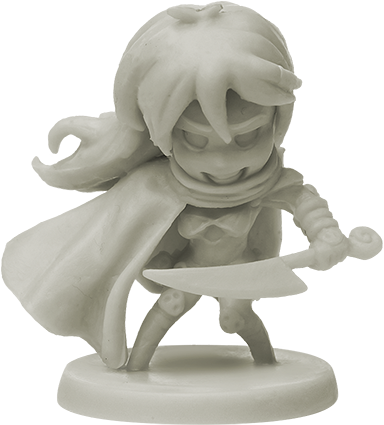