“Wizards. Worse than lawyers. We won’t be needing either when I’m back on my throne.”

Once the great and honorable king of his realm, the Dread King longed to extend his life and continue to rule. He made a pact with a dark wizard that would grant him immortality. Alas, dark wizards are known for their treachery, and dark pacts are known for their fine print. The Dread King was indeed granted immortality, but only in a twisted undead form. The Wizard bound him to the crypts deep below Arcadia. Many centuries later, with the Dread King completely erased from history, Dr. Spider’s deranged experiments (and insane, cackling laughter) have finally shattered the last remnants of the decaying binding. Now, risen once more, the Dread King seeks to establish his kingdom from the ‘trespassers’ in Arcadia, and rule for eternity from beyond the grave! 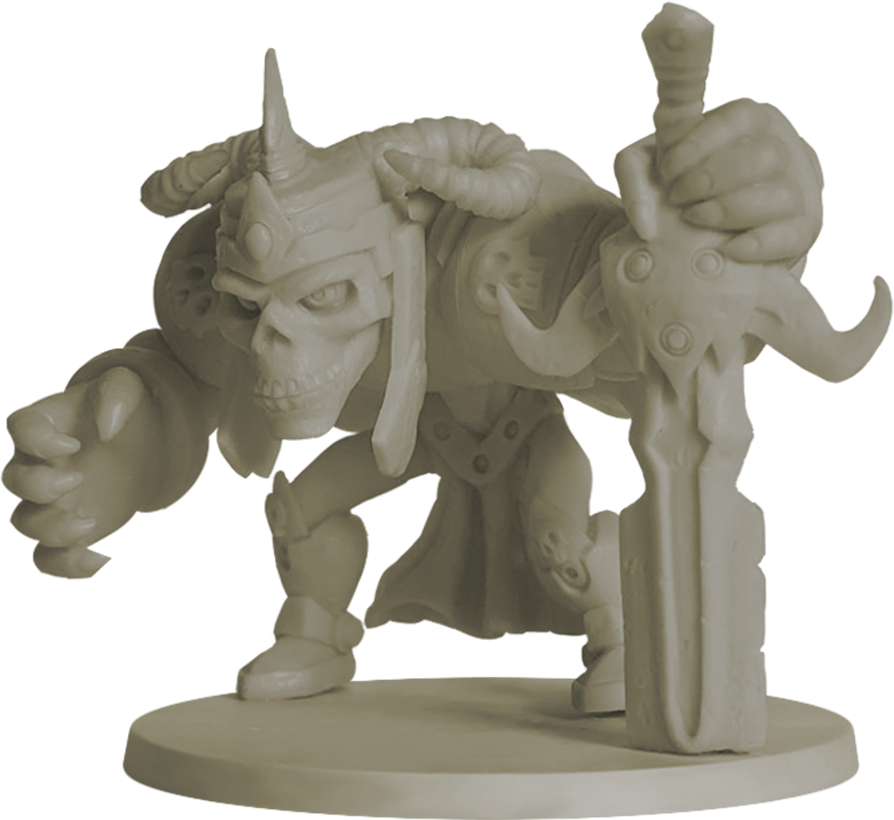 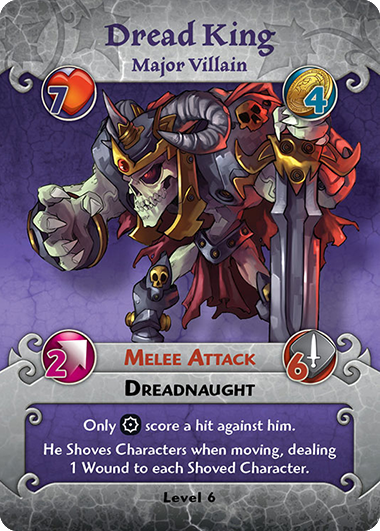