“Such entertaining minions! If only the casualty list wasn’t so high from their practice drills.” –The Dread King

When the Dread King began arming his zombie hordes, he knew they were terrible marksmen. Thus, he issued swords, axes, hammers, and other melee weapons. Little did he suspect that the ‘livelier’ zombies would start flinging their axes at enemy heroes! The new application was immediately apparent, although arming every zombie with a dozen axes proved impractical. A special kind of enchantment was devised to teleport the axe to the zombie’s hand after flinging. Note: this enchantment is a marked improvement over the ‘boomerang axe’ design, which proved hilarious, but… messy. 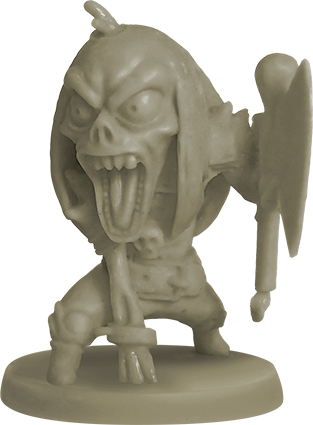 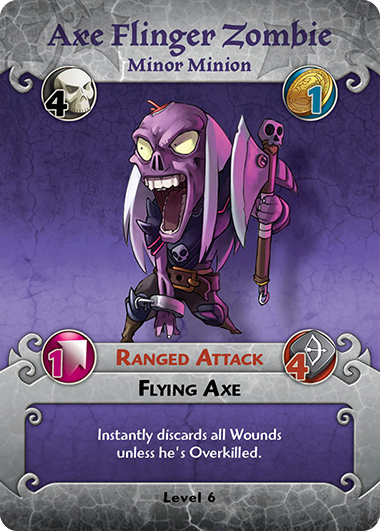